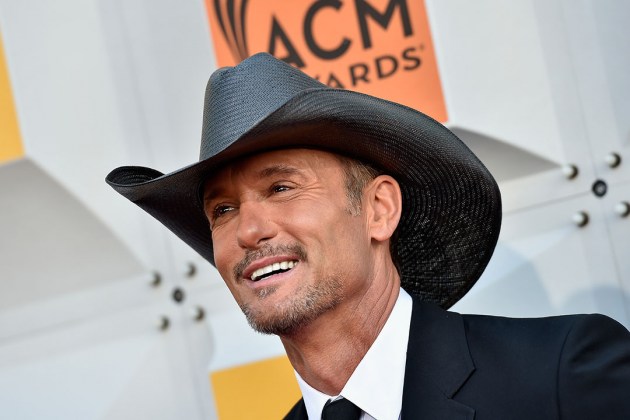 Re-posted from Taste of Country

Tim McGraw continues to expand his acting chops in the upcoming film, The Shack.

In an audio clip from his label Big Machine Records, McGraw talks about the new film that’s based on the 2011 best-selling novel by William P. Young. McGraw plays a character named Willie, who’s the best friend of Sam Worthington’s Mack Phillips, a man who receives a mysterious letter in the mail after a family tragedy, encouraging him to come to an abandoned cabin in the woods in remote Oregon.

“Well it’s certainly a really heartfelt, and heartbreaking at times, film,” McGraw says of The Shack. “The story is certainly a story of redemption. Anybody that’s read the book knows that.”

McGraw’s participation in the film extends well beyond being Worthington’s best friend.

“My character Willie is sort of the lead character’s best friend and sort of the audience in a lot of ways of the movie, and looks at it from the audience perspective,” the singer says. “I narrate the film as well, which is pretty much a treat for me to be able to do that and sort of be the voice of the film.”

The Shack debuts on March 3, 2017 and also stars Academy Award-winning actress Octavia Spencer. The film also features “Keep Your Eyes on Me,” a new duet McGraw recorded with his wife, Faith Hill.

2017 is sure to be a busy year for the superstar. He’s currently promoting the latest single, “How I’ll Always Be,” off his album Damn Country Music.  His most recent No. 1 hit, “Humble and Kind” written by Lori McKenna, took home the Song of the Year accolade at the 2016 CMA Awards and is nominated for Best Country Song at the 2017 Grammy Awards. He and Hill are also gearing up for the 2017 Soul2Soul Tour, which takes them across the U.S. and Canada from April through October.