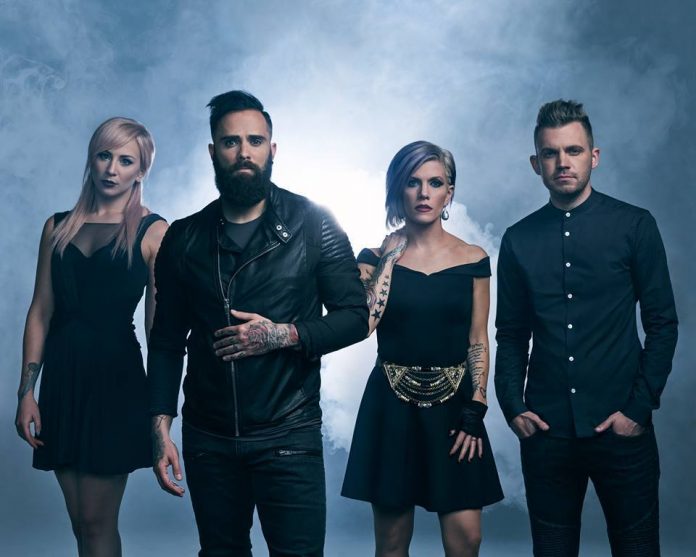 Update: Skillet have also delivered an Instagram message speaking as to why they’re excited to be involved with ‘The Shack’ soundtrack. Watch it below.

After enjoying one of the biggest songs of 2016 with “Feel Invincible,” Skillet could see their audience expand even further with a newly reworked version of their single “Stars” that is getting an extra boost from the upcoming film The Shack.

The video for the song, seen above, finds the band performing inside a shack interspersed with scenes from the movie. The track has definite crossover appeal, as their uplifting message with a softer than usual tone makes it more accessible to all listeners. Skillet are the lone hard rock act on the soundtrack, which mostly consists of country, pop and Christian music acts.

“Stars” is one of the two preview tracks, with Tim McGraw and Faith Hill’s “Keep Your Eyes on Me” also getting a push. Both songs are being offered as instant grat tracks for those who pre-order The Shack soundtrack, which you can do at this location. The soundtrack also features songs from Dan + Shay, Lady Antebellum, Kelly Clarkson & Aloe Blacc, Needtobreathe, Dierks Bentley, Brett Eldridge and more.

The film is based on the best-selling novel of the same name and centers on a man (Sam Worthington) who has suffered a serious family tragedy. He’s spiraling into depression and facing a crisis of faith, when he gets a mysterious letter inviting him to an abandoned shack in the woods. While there he meets a trio of strangers who help him come to terms with his tragedy and help change his life forever. Octavia Spencer, Tim McGraw and Radha Mitchell also star in the film, which arrives March 3. The soundtrack drops a week earlier on Feb. 24. See a trailer for the movie below.