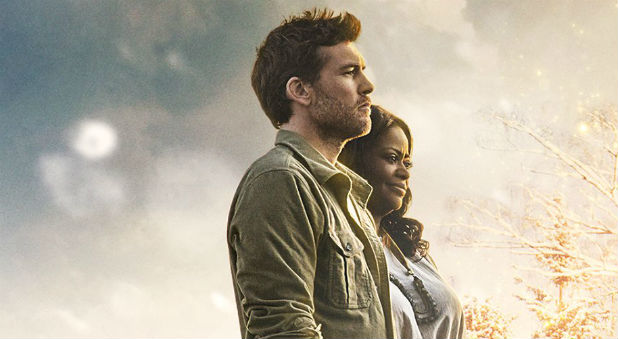 My wife, Amy, and I haven’t had a proper date night for a little too long. So when she asked me to take her to watch The Shack—adapted for the big screen from William P. Young’s 2007 novel—I jumped at the chance. I am not usually interested in that particular genre of cinema (I think books are a better way to experience most stories. Still, Amy wanted to see it, and I am totally interested in her).

I walked into the theater having read the book itself, as well as the reviews both for and against the movie. I had read criticisms of the author’s portrayal of the Trinity, the gender of Papa (God) being that of a woman, and the near-Universalist theology to which the book alludes. I also read reviews that celebrated the arc of the story of God’s kind invitation to Mack, his redemption and the deliberative journey he experienced through the process of forgiveness and healing in the face of gut-wrenching circumstances.

I walked into the theater understanding the purpose of this book and the resulting movie was never to be a theological treatise any more than other fictional works that allude to various aspects of the Christian faith. I walked in thinking The Shack fits in a mostly-non-theological-but-faith-friendly category with other important literary works like the Lord of the Rings or The Lion, the Witch and the Wardrobe.

This is to say The Shack, in many respects, represents something that is not particularly heretical when compared to countless other Christian-friendly, fictional works. I have seen this kind of thing before. Therefore, I don’t fear the premise of the story. I don’t depend on them either. Instead, I allow myself to profoundly enjoy and appreciate them while looking exclusively to the Bible for the foundations of my theology and faith.

It had been a while since I read the book, so the narrative of the movie was almost like new to me. Certain moments in the movie triggered my memory of when I read the book years ago. Those cinematic moments were colored by that memory. Most were not.

The movie was well-produced, well-written and powerfully portrayed in ways many faith-friendly films fall short. I appreciate excellence.

What is more worthy of note perhaps is that the premise of the story, theologically imperfect as it may be, reinforces and parallels my own journey of healing, forgiveness and “severe” mercy. The movie almost forces the viewer (at least this viewer) to dig deep into one’s own story to unearth and attempt to resolve the seemingly impossible questions many of us have about God, pain and forgiveness.

How can a good God allow terrible evil? Is God always good? Why do I need God to be the judge rather than myself? How can I forgive the “unforgivable?” Can we really know good from bad without God’s help? These are just a few of the questions The Shack tackles in profound and richly meaningful ways. These themes, to my mind, represent some of the truly useful philosophical themes—ones that perhaps still fall short of sound theology per se.

About 90 minutes into the film, I looked around the theater to find at least half of the viewers sniffling, sobbing or crying to some varying degree of intensity. I got the distinct feeling that some in the theater weren’t crying so much for Mack as much as they were allowing their own painful questions to surface. It felt to me as if some were trying to emotionally open up to the idea of a God who could actually heal them. It was a profound moment for me to observe as it seemed to be similar for many others in the theater.

As Christians, we must hold to biblical tenants of theology in our lives. No exceptions. I believe we can faithfully do so while appreciating one author’s good-faith attempt at answering some of the most basic questions that effectively keep some unbelievers from accepting the fact that God is always good. After all, it is God’s goodness that calls many people to turn to Him.

We can be faithful to God’s truth while celebrating The Shack as a literary and cinematic device that deals with deep issues (such as forgiveness, mercy, humility and the kindness of a God) that hold too many Christians back from experiencing God’s best for them.

In short, The Shack is a theologically imperfect and extremely disarming invitation for millions of readers/viewers to reconsider God’s goodness as well as our own complete inadequacy without Him.

As a Christian pastor, I want to recommend this movie to everyone.

Get your theology from the Bible and enjoy The Shack!